Dear customers, dear visitors,
We are not reachable by phone today due to product training. Dispatch will continue as normal. Thank you. 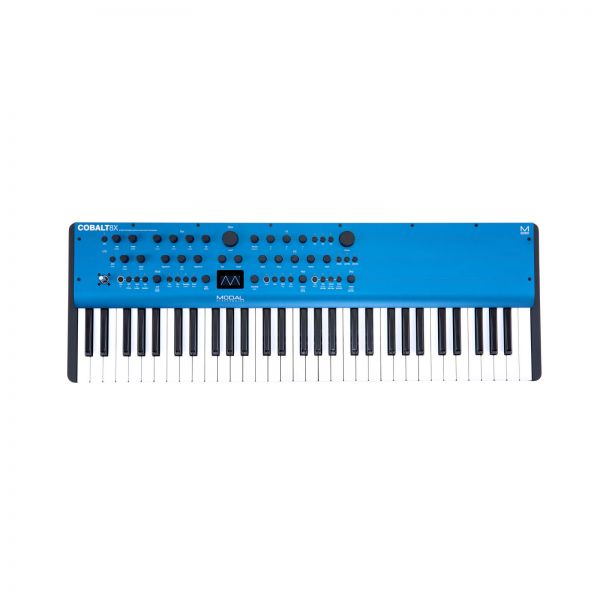 The Cobalt8X from Modal Electronics is an eight-voice virtual analog synthesizer with a velocity-sensitive TP9/S 61-key keyboard from Fatar. The synthesis is based on 34 different algorithms, which can generate more complex waveforms in addition to classic waveforms such as sine, pulse, triangle and sawtooth. The resonating four-pole ladder filter can be freely morphed using four different filter types. The built-in polyphonic sequencer and arpeggiator, as well as the built-in DSP effects, give the Cobalt8X ad hoc lively character.

Four-pole morphable ladder filter with resonance and four switchable configurations. Cutoff frequency is controlled by the large endless pot, allowing precise and sensitive adjustment of the filter. Below this are the controls for resonance and for morphing, which allows stepless crossfading between four different filter characteristics (morphing). Through this function, in conjunction with the complex oscillators, remarkably abstract sounds can be formed, which predestines Modal Electronics Cobalt8X for sound design.