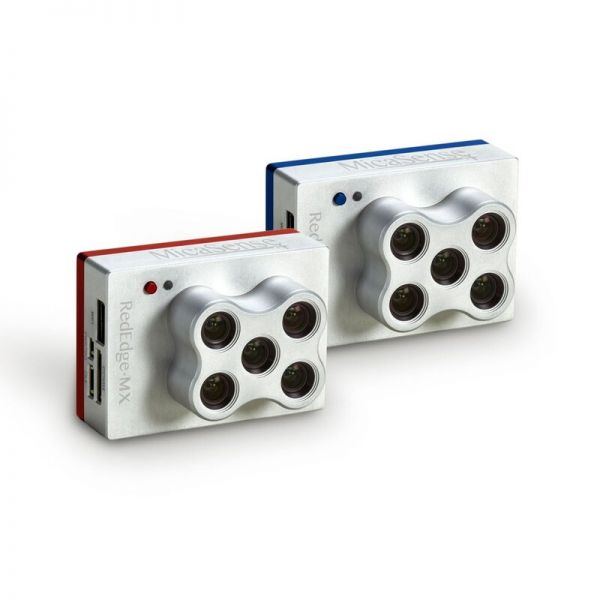 Double the spectral resolution - same workflow. Use the pre-existing drone and software.

The solution captures 10 narrow spectral bands that are critical to vegetation management and research. The RedEdge MX Dual Camera System is a synchronized 10-band solution for advanced remote sensing and agricultural research.

Seamless integration
This solution seamlessly integrates two five-band cameras, the RedEdge MX and the new RedEdge MX Blue, and captures 10-band images in one flight. Flying two cameras is as easy as flying one.

Added value for the user:

Accessories such as mounting hardware and cables