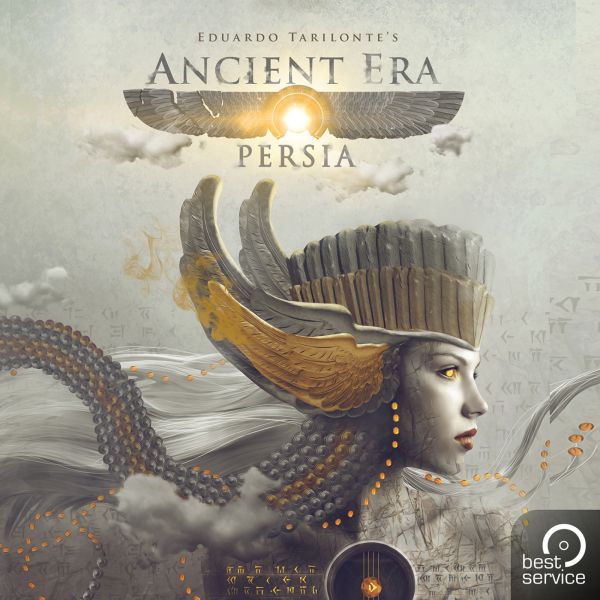 An exclusive collection of sounds from forgotten worlds of the Middle East. Create your own melodies with 28(!) playable instruments, sampled elaborately, with True Legato, Glissandi and lots of articulations.

Eduardo Tarilonte takes you back to almost forgotten worlds. This time the sound moves to the birthplace of magic and mysticism of the oldest civilizations. Experience the mysterious sounds heard in 1001 Nights, the soundtrack of the desert sand that elapses in time, and make the Prince of Persia dance.

After Forest Kingdom, Desert Winds, Epic World and ERA Medieval Legends, this time Eduardo Tarilonte has dedicated himself to the sound of the ancient Orient: Ancient ERA Persia.

In over two years of work, Ancient ERA Persia has created an extensive library of popular and lesser-known instruments from the Middle East, which inspire the imagination with their touching and inspiring sound.

This library is therefore the ideal instrument for film soundtracks and TV documentaries located in this region. The library is also suitable for traditional music productions and provides the appropriate background for games with this background.

For Ancient ERA Persia, Eduardo Tarilonte recorded 28 percussion, wind and string instruments in high detail and quality. In addition there are authentically recorded phrases and inspiring sound atmospheres. For the instruments all articulations are available which are also used in the phrases. With numerous microtunings all required tunings of the instruments can be realized.

For the percussions alone, in addition to the playable sounds, there are over 1,000 loops in different tempos and rhythms.

Ancient ERA Persia transports the sounds and musical atmosphere of the Middle East as it sounded in the past to a DAW-supported production environment. The carefully programmed interface of the Engine Player makes working with the library easier, so that the sounds inspire the musician and he can fully unfold his creativity.

Ancient ERA Persia is suitable for different applications and genres. Starting with the setting of ancient compositions to music with authentic timbres, the spectrum ranges from fantasy game scores and film soundtracks to new age music.

The sounds of Ancient ERA Persia are absolutely unique and cannot be found in any other library. The excellent selection of instruments, phrases and sound atmospheres provides the musician with a comprehensive compendium that will leave him with virtually no sound missing.