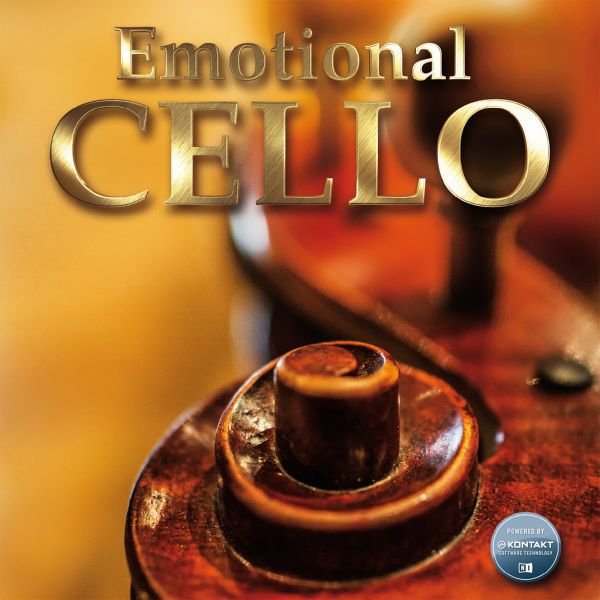 Emotional Cello is an innovative instrument by Harmonic Subtones, a Munich-based developer team, for the Native Instruments Kontakt Player, whose powerful and equally emotional sound opens up previously unknown dimensions of expression in handling samples.

Emotional Cello is the perfect instrument for film scoring, pop music productions, songwriting, classical music and modern, avant-garde cello compositions. This unique virtual instrument shines through the variety of its articulations, direct, unadulterated sound and unusual playing techniques as well as the rebowing.

Emotional Cello was recorded throughout in a musical context to capture the natural bowing and expressiveness of real instrumentalists. Thanks to intelligent scripting, 16 different playing styles and True Legato, the library offers immensely versatile application possibilities. In addition to all common playing styles and articulations, Emotional Cello also offers unusual techniques such as

The developers of Emotional Cello call the philosophy behind this project "Contextual Sampling". Over a period of four years, various string instruments were recorded with great inspiration in search of the right tone. The result was that nothing equals a natural vibrato with all its facets available to a trained musician. Although a sampled recording of a tone containing vibrato has conceptual drawbacks, this recording is usually more inspiring than adding an artificial vibrato. With this in mind, Harmonic Subtones has set itself the task of extracting those recordings with the greatest musicality and putting them together to create a great sounding instrument.
The result is a library with unsurpassed authenticity.

Emotional Cello has a multitude of articulations ready for a conclusive arrangement. In this way, the various phrases, twists, turns, variations, opening and closing notes can be used as truly independent phrasings without ever having to repeat themselves. In order to be able to use the tones and articulations correctly for the context, the corresponding keyswitches were also given corresponding names such as Delicate fast, Vivid, Moderate.

In addition, there are technical refinements such as the rebowing function, with which a controlled change of bow stroke on a note is possible via Keyswitch. An extremely useful function for long sustain. The Vibrato Crossfade works in a similar way, allowing the transition from non-vibrato to vibrato patches to be rhythmically perfect.

Emotional Cello was recorded in the Mastermix Studio in Unterföhring in a wood-panelled room with a large ceiling height and the greatest possible distance to the wall. The instrument was deliberately picked up close with two Neumann microphones, type KM184 and U47, whereby the room proportion was discreetly retained for an open sound. At the same time, the pickup microphones allow a further design with additional processors, for example to create an overarching three-dimensionality in the mix. The integrated convolution reverb of the Kontakt 5 player or the completely unprocessed original material can be used as required.

Emotionally has three True Legato masterpatches: Normal, Sulponticello and Hamonics. These contain about 80 % of all recorded articulations, which are logically linked and managed via script. An example: If an opening note is played which naturally has no legato, only a note which was also an opening note at the time of recording will sound with a natural beginning of the line. Even with legato and sustain notes, only notes from the corresponding context of the original recordings are played back.

Around 50 other single patches each contain only one specific articulation. The offer ranges from simple sustain patches to dynamic crossfades between four layers. These patches are useful if you prefer to distribute the different articulations over several MIDI tracks instead of switching them via Keyswitch. In order to ensure maximum liveliness, the respective patches contain up to eight round-robin samples for longer notes up to four for short notes.