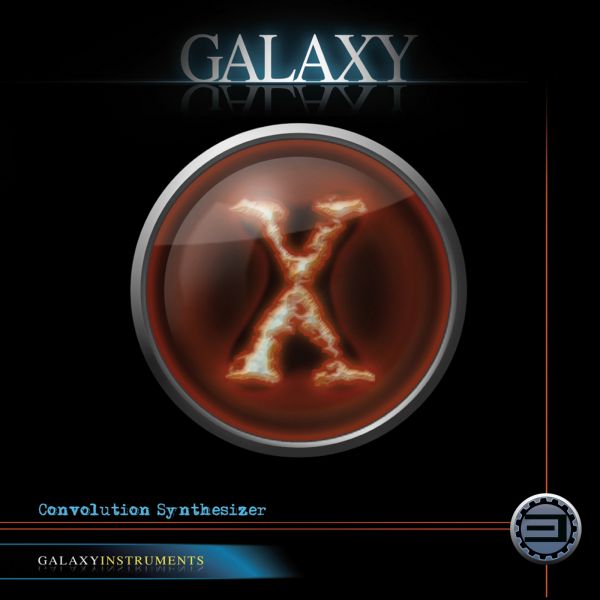 or +49 2595 2129131
Description
Description
"I must tell you that Galaxy X is certainly in a category of its own" After three years of... more
Close menu
Best Service Galaxy X

X is equipped with more than 1400 Convolution X files, with which the 15GB of source sounds recorded especially for X can be completely changed.

The more than 1000 directly playable instrument layers offer a quick introduction to the X sound world. However, with the intuitive and effective user interface, an existing layer can be completely changed or created from scratch in no time at all.
Welcome to a new world of sound design.

X-FX - for extraordinary effect sounds of any kind

In the world of audio engineering, convolution is a process in which two sounds are 'multiplied' together or one audio file is 'folded' over another. The result is a hybrid of the two original sounds, which offers unprecedented possibilities in the world of sound design.
In Galaxy X these two sounds are called sources and X-files.
The sources are the basic sounds, special sample sets recorded and programmed exclusively for use with Effect Convolution. All in all, X delivers over 15 gigabytes of basic material, consisting of almost 1000 tonal playable instruments, over 2000 effect sounds and over 5000 loops.
The X-Files are impulse responses that were created especially for Effekt Convolution and can completely change the sound of the sources.
Through the Convolution X-Files of the X-Engine, a celesta mutates into a tuning orchestra, a bowed vibraphone sinks into the resonances of a piano, a sitar breaks into a glass clash or a tonal dance loop emerges from a Kalimba.
The combination of Sources and X-Files allows the creation of an unlimited number of new sounds.

Food for the Beast - The Sources
X offers thousands of basic source sounds based on over 16000 samples
.

The X-Files radically change the sources, be it the envelope, the frequency response, the stereo position, tonality and resonance. The kind of effect they create always depends on the interaction between source and X-File. As a virtual instrument that contains both the sources and the convolution samples, Galaxy X offers for the first time the possibility to tune the samples in an integrated system.
The X-Files have been recorded and processed in various ways.
These are resonances and noises of various instruments, phrases, voices, processed ambient noises, different rooms, vintage equipment such as tape delays or old record players. Sounds for filtering and transforming the sources were programmed and various loops were recorded and processed, resulting in tonal playable loops.
Since X-Files can be used reversed, X offers a myriad of reverse effects.

Galaxy X brings for the first time complex and detailed basic samples and X-Files into one virtual instrument. This allows you to precisely tune all sounds and aspects of the Effect Convolution into a holistic system with an intuitive, simple and yet very effective user interface.
The selection of the basic samples starts in the upper triangle of the surface, the Sources area. Up to three sources can be combined, which in itself represents a whole range of complex sounds. These combined basic sounds take their way, counterclockwise, into the next module.

The Pre-X engine prepares the basic samples for the Convolution effect. The source can be distorted or bit and sample rates can be reduced, resulting in a very variable interaction with the X-File. This dirt section is followed by either a groove and sequence module (X-Keys and X-FX) or an EQ/filter section (X-Loops). Contour forms the envelope of the source using a compressor and Repeat adds filtered echoes, which are then processed by the Convolution effect.

The combination of the basic sample sets and the subsequent editing by the Pre-X effects alone makes an incredibly large number of complex sounds possible. But this is only the basis of the X-Engine.

At the end the Post-X engine finalizes the 'Xed' sound with a panorama automation, color and filter settings and the final space module. Space is another convolution module, but it is used (almost) exclusively for adding reverb effects, from small surreal rooms to the Taj Mahal.