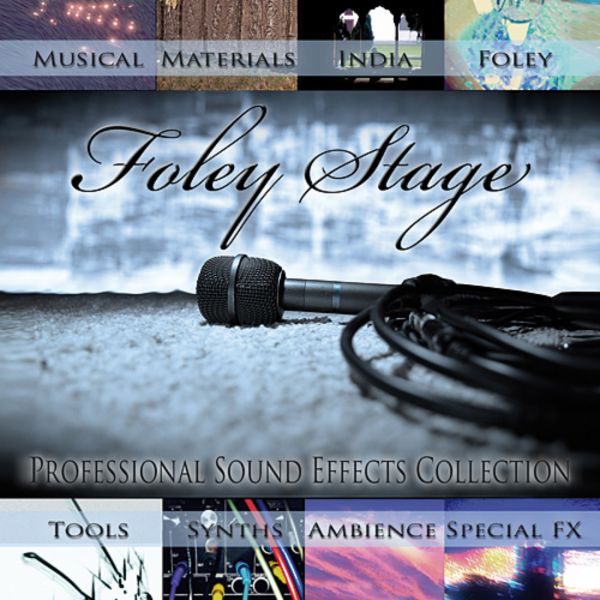 Foley Stage is the first sound library recorded on the Asian continent. Ambience recordings of Asian cities and villages, sounds of daily life, Asian ceremonies, weapons and combat sounds, fireworks sounds, electronic sounds such as synthesizers, SCI-FI and monster sounds as well as the indispensable, globally usable basics of the sound archive. With more than 5,000 files, 40,000 different takes and a total of 129 GB of sample material, Foley Stage not only offers everything that sets the tone for game, film and documentary productions, but also allows you an extended journey through the sound world of Asia.

Typical ambient sounds and atmospheres of different cities and villages in China. All recordings have been professionally created with the greatest care and processed for post-production purposes. In addition, the length and variation of the sounds are perfect for loops in games.

Sounds and noises from domestic electronic devices. Among other things you will find sounds and "drones" from hotel rooms (air conditioners, fans, etc.) to typical computer sounds (DVD drive) and much more. Not only suitable for sci-fi sound design, but also for user interface dubbing, film sceneries or documentaries.

Fireworks of all kinds, as single sounds and as ambience recordings offer a sound that can only be found in China. Not only suitable for festival scenes - these precise recordings are ideal for sound design, e.g. to create cannon shots or detailed war atmospheres.

Real kung fu action! Professional combat sounds, all in several variations and takes. The sound is reminiscent of movies like "Tiger and Dragon" - instead of clumsy and violent FX, realistic sounds of real fighting situations are offered here, which allow the designer to perfectly set body movement and fighting style to music.

The Cold Weapons of Chinese history: sabres, spears and swords, but also fists were meticulously recorded and processed. In addition, the "Synthesizers" pack contains special sounds that fit perfectly with the Cold Weapons, allowing you to design fantasy versions through multiple sound layers.

This pack was developed especially for games like MMORPG, RTS or FPS. In addition to the typical footsteps, very unusual and interesting sounds can also be found here - for example, "Footsteps" offers countless footsteps and movement noises in full war uniform.

Materials offers a wide range of material sounds such as steel, wood, bamboo or stone. Various microphones were used and all sounds were sorted into logical groups. These sounds are suitable as elements for Special FX, Sci-Fi, Soundscope and of course for the basic dubbing.

Sounds of various tools and devices from everyday life. Unlike most libraries, which offer samples with a lot of space, here the user finds both, dry & with space - both as multi-takes! A very useful library for sound designers, no matter if game or movie project.

Over 20 types of battery-operated toys and traditional Chinese toys such as bamboo snakes were recorded. Ingenious sounds for sci-fi, ceature design and CG FX!

All sounds were recorded and carefully edited in India. These recordings are especially suitable for atmospheres and environments for film, games or documentaries. For example the cleanly recorded rattling of old trains and various religious festivals.

In many libraries, water images appear free of any emotions and colors. But water flows and tells stories that can inspire our imagination. This is an important aspect, especially for documentaries, films or games - the shots of "Waters" bring the fluid element to life!